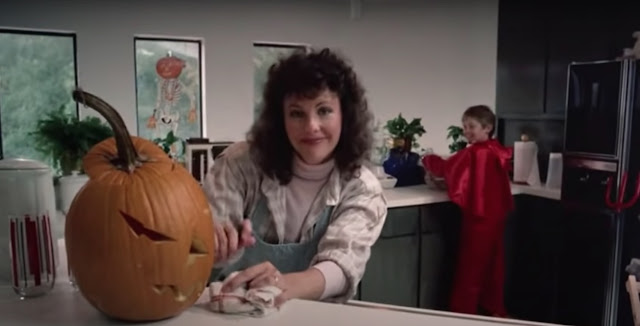 I'm going to go out on a limb and say that if it weren't for Halloween, Murphy would have never overridden his Robocop programming and become human.

In the 1987 film Robocop, Officer Murphy is gunned down by criminals and reborn as cybernetic robot officer Robocop:  the future of law enforcement.  His humanity overridden by corporate programming, Murphy's consciousness begins to poke through when he visits the location of his former home. 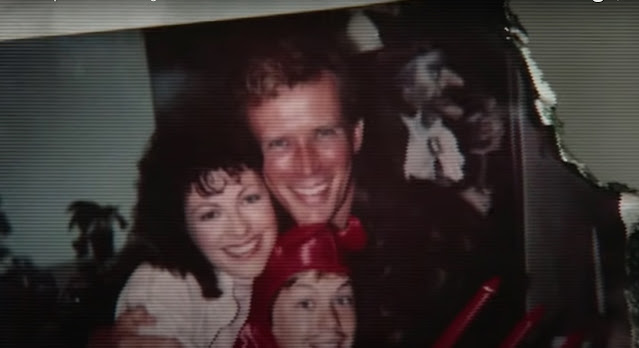 Wandering through the empty house, he finds the remnants of an old Polaroid photo of his human self, wife, and son.  This triggers a memory and suddenly we're seeing the moment that led to the photo:  his wife carving a jack o' lantern on the kitchen counter, while his son gets his costume ready in the background.  We realize that the camera is Murphy's POV, and he's just set the photo timer.  As the camera swings around we catch a glimpse of a jack o' lantern-headed skeleton tacked to the window.

And as his wife and son scramble to put on his devil horns, a ubiquitous plastic jack smiles on the counter.  His son has time to raise his pitchfork into frame and -flash- the memory is over.  It's the end of the shot, but the beginning of Murphy regaining control of his thoughts and humanity.